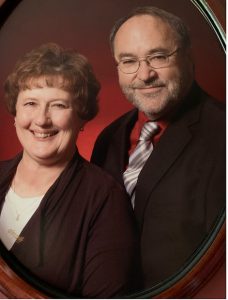 Lion Janet has had 100% attendance since joining the Calcutta Lions Club in 2009. She has served 12 years on the Board of Directors. Lion Janet has also served her club as membership chairperson, 1st & 2nd Vice President and Club President. She served as a club delegate to the Melvin Jones Eye Care Foundation and then moved on to their Board of Directors where she still serves today.

Lion Janet is a graduate of Kent State University and obtained her Master’s Degree from Ashland University. She spent her entire 35-year career as an educator with the Beaver Local School District serving her final 7 and a half years as an administrator before retiring in 2007. She continues to volunteer at the school. She has served her church as an Elder, Sunday School Teacher, Bible School Teacher and Youth Group Advisor.

Lion Janet has been married to PDG Wayne for 51 years. They have 2 sons, 3 granddaughters and 1 grandson.