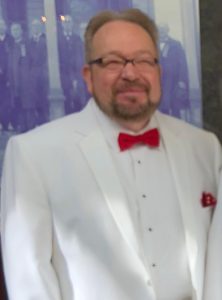 Lion Tony joined the Kent Lions club on March 1st, 2001 sponsored by Lion Mike Sepi. Lion Tony has had 100% attendance for 18 years, was President of the Kent Lions in 2004-2005 and received the “Lion of the Year” three times. He served as a club Director and Chairperson for Membership, LCIF and the Carnation committee.  From 2008 till 2011, he served as District Membership/Retention Chairman, then as Zone Chairman from 2011 till 2017.  During the 2017 District OH4 convention in Hudson, Lion Tony was elected Second Vice District Governor; then in 2018, he served as First Vice District Governor and Chairperson for Global Action Team and Finance and Planning for the District.  He is a recipient of the Presidential Medal for outstanding service and a Presidential Leadership medal for his distinguished leadership to the District.  He is a Melvin Jones Fellow.  Lion Tony lives in Cuyahoga Falls, has two children, Mitch & Brittany and an English Bulldog, Baylee.  Currently a Realtor of 28 years for Markley Realty in Stow, he retired from the City of Kent Water Treatment plant of 33 years and now owns a water consulting company, H2O Works. In 2013, Lion Tony was the 101st (and last) President of the Akron Area Board of Realtors and served as president of CRIS MLS in 2017 and Grand Knight of Kent Knights of Columbus Council 1411.  He is an Eucharistic Minister for Saint Patrick’s in Kent. 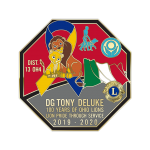 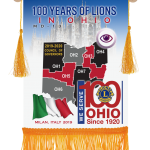 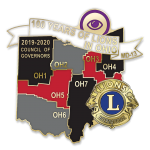